rice cakes are very popular among young people, but it seems they are not so healthy as we consider them to be. Namely, a new study found that these products are loaded with dangerous levels of a carcinogenic substance.

This study was conducted by the National Food Agency of Sweden. And he examined 102 rice products commercially available. In the end, they found high levels of arsenic in some of these products, which is a known carcinogen. 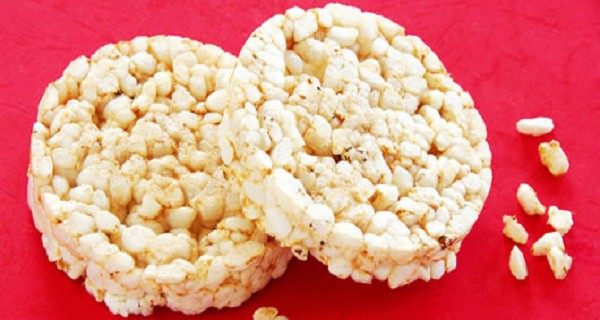 If ingested in large amounts, arsenic can cause tumors in the skin, lungs, bladder and liver, kidney and prostate. In addition, recent studies pay much attention to the presence of arsenic in rice and baby products. arsenic occurs naturally in soil and the bedrock and is absorbed by plants, but the rice appears to be particularly open to the absorption and storage of high levels of arsenic.

Regarding these findings, food security organization revised its dietary recommendations in rice. To be more specific, children should not eat rice or rice products such as rice pudding, rice noodles or breakfast cereal made of puffed rice (as rice crispies, for example), more than four times a week. Moreover, these rice cakes contain most of arsenic, which is why it should not be given to children under six years.

Furthermore, a toxicologist at the National Food Agency of Sweden, Emma Halldin Ankarberg, states that “ Many children eat rice cakes as an appetizer, but Unfortunately we must advise against this. Other countries are also giving this advice “.

adds that “ For all others, rice cakes are fine in moderation, but it depends on the amount of rice products consumed in general .”

Therefore, people who eat a lot of rice, that is, more than seven times a week, should reduce their rice consumption as it is exposed to a risk ingesting a large amount of arsenic. Continuous exposure to arsenic can contribute to a number of health problems, including cardiovascular disease, liver damage, chronic cough, diabetes and neurological effects. Children are particularly at risk.

The study also found that there were different levels of arsenic in rice depending on the variety, cultivation area, cultivation techniques and production methods, for example, whole grains generally contain more arsenic than refined rice.