The name of snuff usually refers to the most famous and widely used Nicotiana tabacum and shorter but more powerful cousin Nicotiana Rustica, both native of the Americas.

Although it is difficult to determine when and where it was grown for the first time, it is safe to snuff has been used for thousands of years before the time Christopher Columbus he came to America in 1492, and thereafter spread throughout the world. 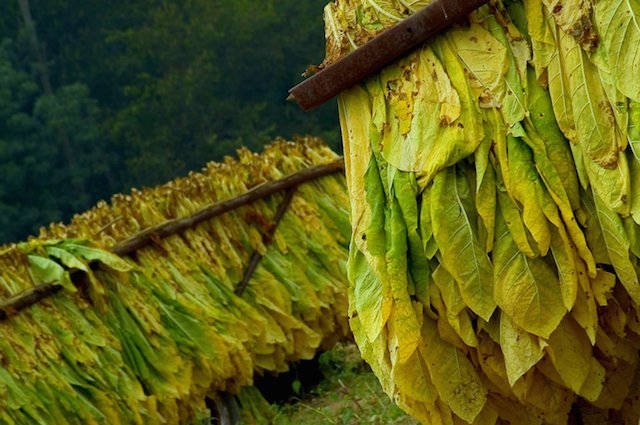 Although in today’s society associated with a myriad of health problems, including cancer and cardiovascular disease, this plant has been used for medicinal purposes, as well as rituals for millennia. Only in the last decades of snuff it has been proclaimed aggressive harmful. Until the 50s to have doctors who promote them. Why is this so?

Throughout South America and North America, the snuff consumed in a variety of ways was used: it was chewed, snorted, smoked, eating, juice, smeared over the bodies, and is used in eye drops and enemas. Its use varies depending on the culture and location – ranging from medicine as a remedy for many ailments, a purely recreational consumed by men and women, and also mystical – a connection with the spirit world: It is smoke purification was flown by above fields before planting, on women before sex, blow on the faces of warriors before battle, which was offered to the gods, and accepted it as your gift. In other words, it was believed that the smoke snuff to bring blessings, protection and especially purification.

The popularity of snuff was probably due to its dual nature: small amounts of snuff produce a mild stimulant effect on the user, while large quantities can cause hallucinations, deep trance or even death. This is why it plays an important role in many shamanistic traditions , and is an integral part of many cultures.

Even today is widely used by shamans in Amazon where shamans who specialize in ceremonies with snuff They called tobacco. They dominate the spirit of snuff and cure diseases with his / her stroke snuff. There is considered a plant snuff Master, that is, the Master plant. These plants are considered key protection spirits, allies and guides to the world of health and healing. Other examples of master plants are Ayahuasca, San Pedro and Coca, but there are dozens of others, not necessarily hallucinogenic.

In Pre-Columbian North America, the various tribes and civilizations had used snuff, with one thing in common – they preferred all pipes for smoking. The tubes were used for social purposes and different rituals, which resulted in his sacred, like the snuff itself had been. Several tribes snuff use for various purposes, including healing ailments such as earaches, snake bites, cuts and burns, respiratory diseases, fever, convulsions, nervous diseases, urinary diseases and skin diseases. Other examples of its use was sealing peace with other tribes, lightning and storms prevention, communication with spirits and making an offering to them.

The first meeting of snuff with Europe was in the palace gardens in Spain and Portugal, from where it spread to the rest of the continent, first due its beauty, and later because of medical properties that were assigned to him. The first experiments observed with the plant were carried out by Jean Nicot, French ambassador to Portugal, after the nicotine was named later. He succeeded to heal a man with a tumor of the application of poultices of snuff, and continued to experiment with it. He introduced the plant to the French court and promoted their medicinal properties, which gave a boost to its popularity.

The popularity of snuff is likely that due to nicotine, one of its powerful ingredients. Nicotine is an alkaloid that lower doses produce a soothing and stimulating effect, and increases the level of dopamine and serotonin, which probably explains its addictive properties. At higher doses it can be harmful. Although addictive tag, its benefits seem to outweigh the risks. In fact, it seems to have more health risks than caffeine.

Confusion about nicotine antismoking activists comes from equating nicotine and smoking. Nicotine is an anti-inflammatory agent and has been shown, among other things to prevent and treat Alzheimer’s disease and delay the onset of Parkinson’s disease.

Analysis of the natural leaf snuff has been shown to contain over 3,000 endogenous plant organic and inorganic chemical compounds. Interestingly, among them are some tetrahydroharmine, who perform as monoamine oxidase (MAO-s). These prevent the breakdown of monoamine neurotransmitters such as dopamine and serotonin and thus increase their availability. This may also account for snuff “feel good” effect. Also, if swallowed DMT , the snuff is likely to increase absorption.

What happened in the last hundred years that changed the way the world thinks about snuff?

The notion of snuff, most people will associate with the disease. WHO states that “the consumption of snuff is one of the greatest threats to public health in the world has faced.” This statement is false because the snuff itself does not present a health threat; It is modern snuff products and the production process that pose a threat.

Snuff today is a cash crop, planted in over one hundred countries. The entire process, from planting to harvesting, curing and incorporation into products snuff is carefully controlled in order to obtain the specific characteristics of the sheet, the smoke chemistry, the degree of combustibility, desired moisture content and other properties.

Being one of two main categories exempt from being required to label the ingredients (the other being alcoholic beverages), products of snuff are generally loaded with additives. Any attempt to make mandatory labeling ingredients has been stifled by the snuff industry. Now, I’ve heard many times that cigarettes have additives, but once I looked into the subject, I realized that this was not only true, but it is true to some extent perverted.

In the US, the industry uses more than 600 intentional chemical additives blended cigarettes. In addition, there are a variety of additives present in the snuff end products that are not added intentionally, but are simply a byproduct of the process of growth and production.

These include :. Various microorganisms, pesticides, herbicides, insecticides, heavy metals, foreign materials such as metal, cardboard, Styrofoam, wood fragments, small animals and insects, and other elements such as organic solvents and dioxins

the snuff industry claims that all additives used in the manufacture of cigarettes and other snuff products are approved for use by the FDA GRAS (generally regarded as safe). However, the problem is the ingredients in these lists have not been approved in the products that are intended to be burned or inhaled.

Through inhalation, the lungs absorbed into the body, including substances that the digestive tract would be recognized as toxic and filtered, while burning alters many of these potentially harmful additives, while some are known to produce carcinogenic when pyrolyzed. Furthermore, none of these additives have been tested in combination with other additives pyrolyzed or snuff.

In the example, even seemingly harmless additives such as licorice, chocolate, honey and brown sugar, are actually harmful when burned along with nicotine as sugars these ingredients create acetaldehyde when burned. Another example is glycerol, when pyrolyzed, converted to acrolein, a known carcinogen.

As if this were not enough, in 1982 the snuff became the first plant that has been genetically modified. Since then, the snuff has been further genetically engineered for the purpose of making them resistant to herbicides, insecticides, viruses, fungi, and to reduce the nicotine content. Since the labeling of GMO-s is not mandatory, users of cigarettes and other snuff products, besides being exposed to numerous hazardous chemicals have no way of knowing if there are GMOs in their cigarettes snuff. This also means that studies facts about smoking and smokers do not differentiate between the natural snuff and chemically treated, or between natural and GM snuff.

would say it was bad science.

Interestingly, another whose health benefits long plant have been neglected has been getting a lot of media attention lately, and that is cannabis . People are waking up to realize they have been deceived into thinking that this was just a dangerous drug. But that is rarely seen in snuff in the media, unless warn about their health risks. The conviction of its harmful properties is too deep.

Does all this mean that natural snuff and smoking naturally snuff is completely safe? No absolutely not. As with any plant can be a cure, but can also be a poison. Natural snuff smoking could have significant benefits in people around the world have recognized for millennia.

However, there could be some health risks, as some harmful substances can also come from snuff it. I found studies on snuff cultivated natural, organic or wild, probably because it is not widely available. In fact, in most countries it is very difficult to find. There are some studies that show some conventional snuff health effects of smoking, so called “smoker’s Paradoxes”.

appears to reduce the risk of ulcerative colitis, sarcoidosis, endometrial cancer, uterine fibroids and breast cancer among women carrying the very high BRCA gene risk. The use of snuff organic, no additives may be a way to use these benefits without many of the risks posed by the conventional snuff.

If you are a lover snuff, the best way to get it is to plant your own in a garden or in pots. Since there is no recipe on how to use and in what quantities, a good way would be to use your intuition.

You may want to smoke recreationally, or use it sometimes like old Indians made :. Knowingly and with intent

If you like, make a tea snuff or add a fresh leaf of their milkshakes.