Forget what all the medical journals say about it. Completely ignore the daily health trumpet known as the MSM (mainstream media) on the topic. Even your health coach, massage therapist or chiropractor may be unaware of this little factoid.

We’d love not to have to write another word on the subject, except that we just got a LOT of peoples’ attention, didn’t we?!

So, here it goes, for Americans especially. The first title that we chose for our upcoming book was:

AMERICA! Your diet is killing you.

You can’t be serious! Oh yes we are sir or madam, and here’s why.

Overeating places an awesome burden on the body, especially when it is done on a regular basis. According to Ayurveda, a person should always leave the meal table with a little remaining hunger. This “keeps the pump primed” … continually. It allows for the right mix of food, liquid and air to undergo an efficient digestive process in the stomach and beyond.

In a previous blog we mentioned that the optimal mix of these elements is as follows:

Ayurvedic Prescription for Every Meal:
Stomach contents after completing any meal should look like this:
1/2 Food
1/4 Liquid
1/4 Air
Remember there is fluid in your food, you just don’t see it until after its properly masticated.

This is the First Basic Law of Eating that is often broken 24/7 by many of the eaters in the world. How do they get away with it, you ask? They don’t, it just appears that they do.

This is where things can get very interesting so lets look an automobile engine by way of comparison. Hopefully you have heard of a carburetor. If not, here’s a nice photo from the Carburetor Gallery folks.

You see how detailed and complex this little guy (or gal) is, don’t you. So you can imagine how precise the inner workings are especially in regard to the optimal mixture of gasoline, air and oil to keep your car humming, yes? Think of what could, and does happen, when the proportions are thrown off. Or the gas is very low grade. Or the movable parts are not properly lubricated.

Let’s go back to the GI (gastrointestinal) tract and especially the stomach which bears a great burden in this whole story. Just because we eat unaware that there REALLY is an order behind the science of eating doesn’t mean we can go on breaking the rules for a lifetime with seeming impunity.

By the way The Health Coach has broken them many times in the past, as he continues to try his very best not to violate them in the future, so he fully appreciates the challenges involved. The Health Coach has been sensitized to this particular health crisis because of 20+ years of so many clients with issues around eating.

AMERICA —> Your food is killing you, because your understanding of what, how and when to eat is not fully baked.

What else is so critical about eating that it is actually the #1 KILLER in America? There doesn’t have to be anything else as serious as overeating, but there is. That’s because chronic, compulsive, carnivorous overeating is a reflection of a mental aberration, emotional imbalance, or psychological flaw. As a matter of fact, if you look at where it occurs to the greatest extent, you find that the richest nations suffer from it. Let’s take a closer look at this character.

Even the Japanese at #28 have begun to take on the obesity profile, since they have been overtaken by Americana.

What these nations all share is a very high standard of living across compared to the third world countries. However, all the world knows that when anyone becomes too “fat, dumb and happy”, a little quality called GREED starts to take over the mindset, the heart space and the psyche. Then, even though we have plenty we want more, which often comes at the expense of others.

Incidentally, this is actually where we are as a global village because of the extent to which American society has exported its overeating and over-consumption habits across the planet. Therefore, if we can begin to change our attitudes here and alter our habits en masse, perhaps the ripple effect will influence all who fall under our sway for the better.

This is not meant to be an environmental advocacy or social commentary piece, but these many intermingling issues must be looked at holistically if we are to get a grip on them. All one has to do is look at the energy consumption on a per capita basis to see who’s eatin’ the place up … on every level. The consumer society, after all, was perfected in the ole USA and consumption takes many diverse forms. Just look at our oil and gas, coal and nuclear energy consumption. For that matter, just size up our carbon footprint and you’ll quickly see that like the British Commomwealth (formerly the British Empire), the sun never sets on it. 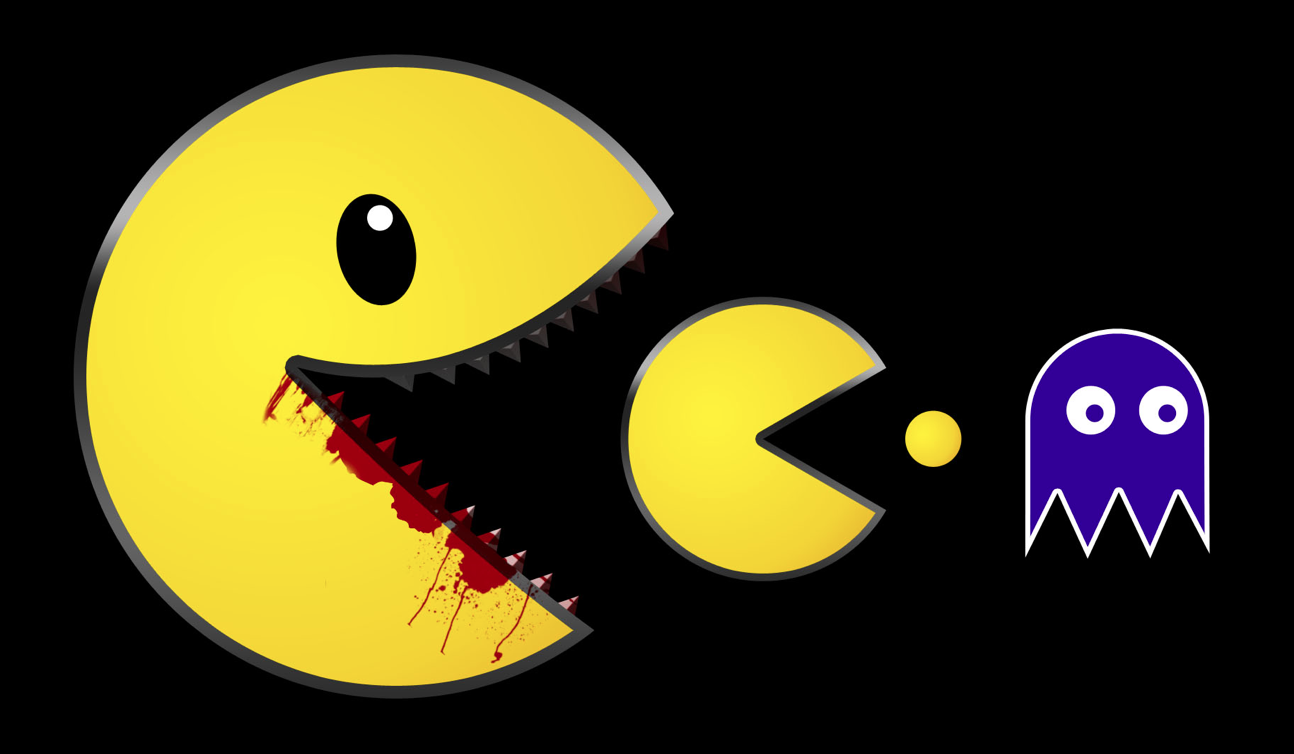 Now we can better see a deeper cause for all the over-consumption, especially that which occurs in the form of over-eating. The Spirit-Mind-Body connection in Ayurveda speaks directly to profound and fundamental relationships which can no longer be ignored. For example, an avaricious mind will beget an avaricious body. They cannot be separated and must be dealt with together.

The increasing incidence of obesity is quite alarming.

So is the appearance Diabetes Mellitus-Type 2 (aka Adult Onset Diabetes) among children, sometimes now seen in young children!
So are Metabolic Syndrome, Dyslipidemias and Insulin Resistance occurring more frequently. As are hypoglycemia and hyperglycemia.
So are many other diseases which are the long term result of stuffin’ our face and packin’ it in like there’s no tomorrow.

In fact overeating is at the root of so many other physical problems that it MUST be dealt with appropriately if headway is to be made with many of these other conditions, illnesses and imbalances. Just how do we do that?

First, we come to terms with Comfort Food Syndrome – a condition that exists everywhere on Planet Earth because of where we have come as a ‘civilization’. You see, food is the first thing the great majority of us go for – reflexively – to comfort ourselves in the midst of life’s trials and tribulations, pressures and stress. It’s surely an inborn reflex which has probably been passed down, both genetically and environmentally conditioned, for many generations and perhaps over centuries or even millennia of being inculcated.

Therefore, we ought not to ever feel bad about our state of being in the body since this intractable condition is part and parcel of the human condition. We all wrestle with it from time to time, don’t we? We are likewise all challenged to overcome the tendency toward want or need, particularly when there really is none. A successful resolution of this internal struggle will undoubtedly set us up for a long term success concerning our food habits.

Such a strategy will also serve to support us in our efforts to exercise yogic self restraint as we engage the world in general.
If we have addictions to cigarettes, coffee, or alcohol, they can be overcome.
If we ingest too much pharmaceutical, nutraceutical or recreational drugs, the habit can be broken.
If we buy too many clothes, cars or toys, this tendency can be curbed.

Easier said than done, isn’t it? And this is where the time honored practices of meditation, self inquiry and surrender enter into the “treatment plan”. Obesity is not an easy thing to overcome, especially when it’s a lifelong condition. Therefore, it may take some powerful practices to really put it in check. Prayer just may be a good place to start…done with a genuine humility. 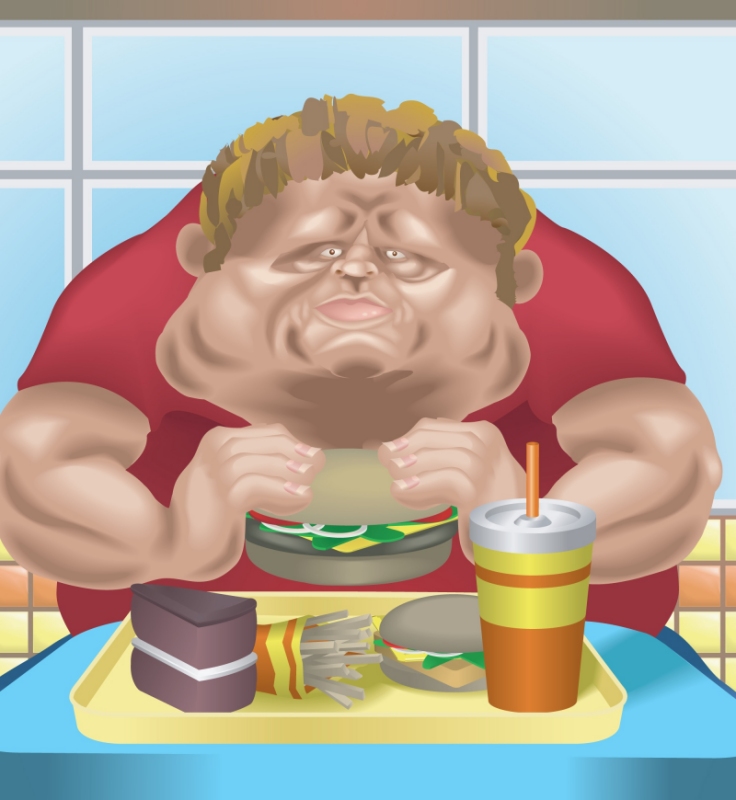 It’s been said that folks with a little or a lot of extra padding often utilize this defense mechanism as an emotional armoring technique. The extra layers buffer them from the bumps and bruises of everyday life.

Others have advanced the notion that this might be their way of showing up in a world that has become increasingly isolating, alienating and individualistic. By cutting a larger profile, they are noticed, they receive needed or wanted attention and they feel they belong.

With every good wish,
The Health Coach

Very instructive story from the Vedas:
As Kali Yuga was about to begin, all the wise men and elders, sages and shamans, saints and siddhas assembled in the court of the reigning king. All of a sudden Kali walked into the court, naked and holding the two tongues of the human body which would have to be tamed in the coming Kali Yuga (aka our current Iron Age). Of course, the tongue that eats too much was one of those which requires self control, if we are to experience peace and happiness in our life (lives).

Health Disclaimer:
All content found at The Health Coach is for information purposes only. Therefore, the information on this website is not a substitute for professional medical care and should not be construed as either medical diagnosis or treatment. All information contained herein ought to be considered within the context of an individual’s overall health status and prescribed treatment plan.
Since The Health Coach does not diagnose, treat, mitigate, cure, or heal any type of disease or medical condition, the information contained at this website is not intended to provide specific physical, mental, emotional or psychological health advice.
It is entirely the reader’s decision to act or not act on any information at The Health Coach. Therefore, we fully invoke the HOLD HARMLESS clause for those who are responsible for putting any of this information into practical use and application.

Permission is granted to post this health blog as long as it is linked back to the following url: http://thehealthcoach1.com/?p=154