herbal treatment of disease ulcerative colitis and Crohn’s disease is the most natural way than conventional treatment It is including anti-inflammatories and drugs designed to suppress the immune system drugs. In an experimental investigation of treatment efficacy it was examined herbal colitis! Here are the findings:

The difference between ulcerative colitis and Crohn’s disease 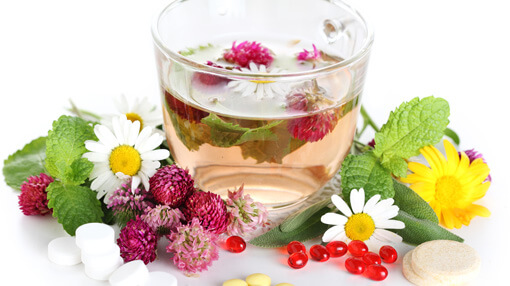 Why had spread these diseases?

The reason for the spread of these diseases is unclear, but it is believed that the reason is the uncontrolled response of the immune system in people with a genetic predisposition. These diseases are spread more in developed countries, especially in people who have relatives who have been infected with the same disease. These diseases can occur at any age, but in most cases, the first outbreak of the disease is found in the second and third decade of life (10-30 years).

Drug therapy for this disease is complex and includes in the first phase of the anti-inflammatory 5-ASA drugs family. In the second phase, if the initial treatment does not help, there are stages of treatment with drugs that suppress the immune system such as azathioprine (Imuran), infliximab (Remicade) and steroids. These drugs have many side effects and significant risks when taken for a long time.

One of the most prominent studies conducted examining the single compound curcumin, which has been developed specifically for the treatment of inflammatory bowel. Curcumin (turmeric) is the active chemical plant that is at the root of the plant of turmeric. turmeric plant often used in Chinese medicine and Indian for more than 3,000 years to treat a variety of diseases, characterized by fever, pain and inflammation. Active substance curcumin has occurred for the first time in 1910. This special ingredient has been much discussed in the last thirty years and brought a lot of attention.

Clinical Study of curcumin started in the field of inflammatory bowel disease in years 10 only. A small pilot study showed in the United States in 2005, the effectiveness of treatment of Crohn’s disease and slowing the symptoms of ulcerative colitis, also a large Japanese study carried out (placebo-controlled, double-blind) that the use of curcumin in parallel with conventional drug therapy was more effective than drug therapy alone in maintaining the improved condition ulcerative colitis patients.

The study examined whether curcumin treatment can inhibit inflammation in patients with ulcerative colitis when the disease is active. This study was conducted according to the highest scientific standards (randomized, placebo-controlled, double-blind), the first in the world that examined the use of curcumin. Patients participated in this study are suffering from the mean level of the disease, according to the evaluation of clinical and endoscopic examination. According to the symptoms of these patients suffer from cramps about 5-6 times a day continuously, bleeding and severe urgency before defecation. After the initial diagnosis that takes place in the hospital, patients are treated with a special compound of curcumin at a fixed dose for one month, and after one month patients are called for a reevaluation of the disease . Preliminary results of the study are very encouraging and continue to progress in this study.

There are many medicinal herbs in Chinese medicine that can be used to treat inflammatory diseases bowel. For example:

The plant has an antibiotic activity and anti-inflammatory activity. This plant is traditionally known as dandelion, and also popular as radicchio in the Arab world. The plant is considered relatively safe when used in the gastrointestinal tract.

The plant often used and very common in China for the treatment of gastrointestinal tract, mainly due to its strong antibiotic. It is very effective not only for the treatment of inflammatory intestinal infections but throughout the digestive tract, including the stomach, esophagus, and inflammation of the gums. There are certain active substances in this plant also it affects fluid absorption in the colon and thus effective in cases of watery diarrhea. The plant is very strong and bitter and should be used with caution and dose adapted to each situation and each patient.

use of the plant is very common in both Chinese and western medicinal plants. It also called licorice in Arabic. In contrast to the bitter plants mentioned so far, licorice has a very sweet flavor. They offer qualities such as strengthening the digestive tract, but also in the fight against infections. Although the plant is very safe to use but patients should be appropriate for the exact dosage to achieve the required efficiency.

The development of such integrated models as treatment herbal colon and complex disorders of the gastrointestinal tract, significant progress and has great potential to improve patients suffering from ulcerative colitis and Crohn’s disease. It is believed that this therapeutic strategy that combines the best of traditional and natural medicine can provide an effective, safe and complete treatment for many patients.

That’s all
you agree that colon and Crohn’s disease are chronic diseases?

above information has been examined by a doctor and the main purpose of it is to increase the cultural awareness of herbal and natural treatment. With that said; It is not a substitute for consultation with a medical specialist as the sole guide for exact individual analysis. For more information on the sources that the content above is an extract of favor ( click here ).