Home
Health
Coconut Flour Nutrition, Benefits, & How to Use It!

coconut flour is nothing like the conventional flour. It is not bleached as white flour and has many health benefits. coconut flour is gluten free “flour” and is made of dried coconut. It is made of solid which have remained after the coconut meat has been used in the production of coconut milk. 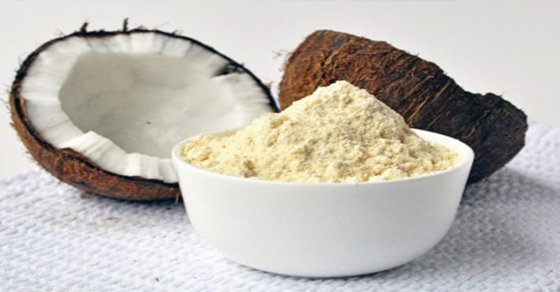 These solids were then ground into fine powder, similar flour. coconut flour has an aroma and coconut leaves coconut flavor in baked dishes.

Coconut flour is packed with fiber, protein, healthy fats. It contains no wheat or other cereals; that is low in sugar, digestible carbohydrates and calories. coconut flour has a low glycemic index. It is a common part of the paleo diets and gluten-free, and is used by vegetarians, people who deal with nut allergies, diabetes, and almost everyone else in the middle.

coconut is low in omega-6, while the nuts are rich in these fats. The ratio of omega-3, omega-6 in the diet is very important. People usually consume more omega-6 than omega-3. coconut flour can be added in sweet and savory recipes. It is not sweetened and has a slight smell and taste of coconut. However, it combines well with other ingredients.

Use coconut flour in the recipe of your choice cooking:

If you are using coconut flour when baking, be sure to use equal parts of flour a liquid, which means you must use 2 tablespoons water every 2 tablespoons coconut flour. It absorbs water easily during firing, and if enough liquid is not used, a dry and crumbly product is obtained.

How to make your own coconut flour?