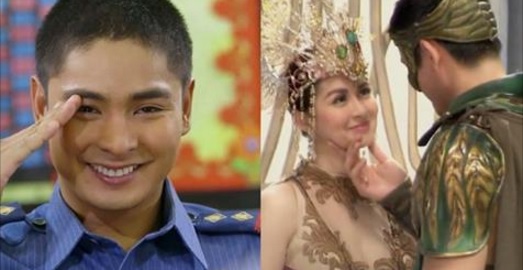 Many viewers Filipinos said they are watching the telesery primetime Kapamilya and “Ang Probinsyano of FPJ” starring Coco Martin because of the history of the program that emphasizes family values ​​and issues affecting ordinary Filipinos.

Since the program began airing, Coco shows that remains the Primetime King after dominating the country every night with action-pack skills and stellar performances.

even reached it rating higher 42.4% surpassing its rival program on Monday, Encantadia got only 21% of its pilot episode.

Viewers across the country in tune with the pulsating episode that saw Cardo (Coco Martin) grandfather Delfin (Jaime Fabregas) being shot by Hitman Hector (Cesar Montano) during his surprise birthday celebration.

The hashtag #FPJAPUltimatum also showed a trend in Twitter.

Meanwhile, the program has achieved the highest rating to 45.6% nationally on July 22 episode Encantadia leaving behind with only 18.9%. 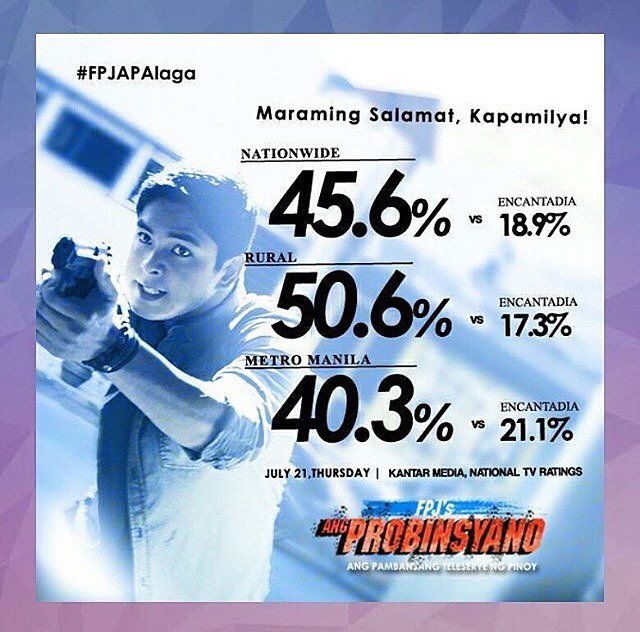